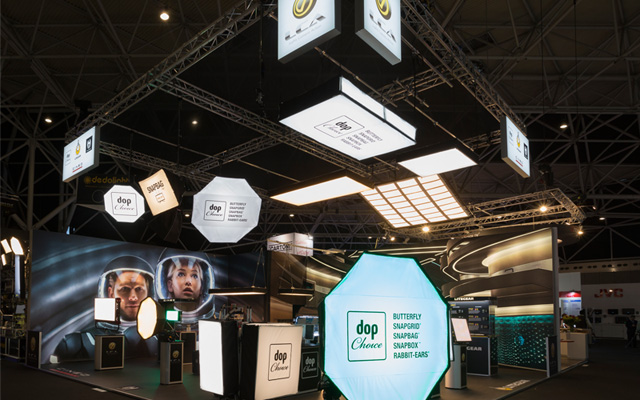 IBC 2017 proved to be another great year to show some of the latest products for film and broadcast. In addition, we had not one, but two winners: the Hudson Spider Redback won the Cinema 5D Award for Innovation and DoPchoice SnapBox for TVBEurope’s “Best at Show” award.

On display, Cineo showed the latest to join their product line – the Standard 410, Lightblades and Quantum C80; LiteGear introduced its new LiteBox, improved LiteMat S2 and the new LIteMat +, LiteDimmer +, LiteDimmer 5×8 and Universal LiteDimmer; DoPchoice showed his new double Rabbit-Ears with the Octa 7 on the Skypanel, plus their new SnapBox. Finally, the Hudson Spider showed their parabolic Redback LED light.

View all posts by o0agf →